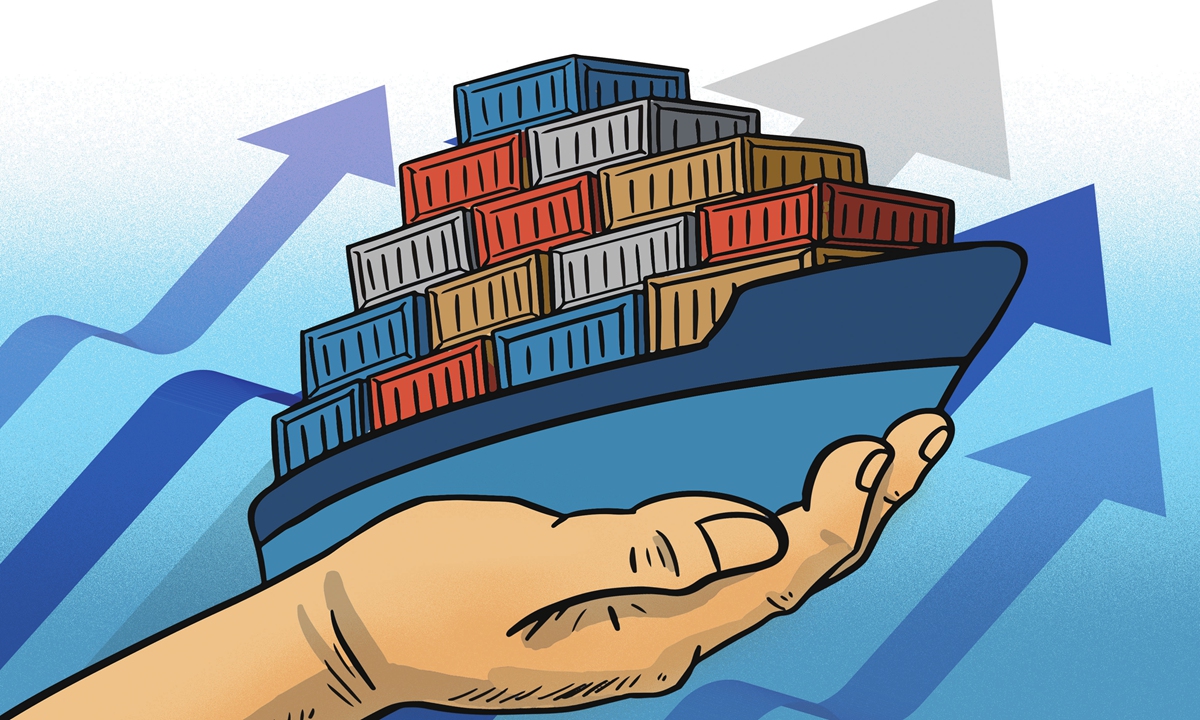 The 2021 China International Fair for Trade in Services (CIFTIS) launched its grand opening on Thursday. During the opening ceremony, multiple measures to expand opening-up and boosting development were announced, showing that China will always be the force that drives free trade. Global market players and the governments of China's trading partners can be certain of it.
With multiple "growth-oriented" measures announced at this big event, it is clear, especially for companies and investors with plans to develop in China, to see that the sweeping anti-monopoly measure in the past two months is not about halting growth. It aims to create a fairer market and a more harmonious and sustainable social environment for economic development. Also, Beijing in recently years has been emphasizing its role as capital in the adjustment or relocation of its economic industries. This is not about terminating the city's function of economic development either but moves to develop superior quality and more sustainable industries at a higher level.
The CIFTIS and the "growth-oriented" measures would be a silver lining for a global economy, which is still reeling from the fallout of the Delta variant of the coronavirus, and for global investors who are worrying about the US-China tensions and the further diminishing ability from Washington to act after its botched withdrawal from Afghanistan.
Why are measures to widen opening-up and promote trade in services important? For starters, the refinement of the system of industrial division has improved the efficiency of the entire economic operation and led to the rapid growth of service industry and trade. The overall characteristic of global economic and trade development since world War II is that the trade of goods grows faster than the GDP, but slower than service sector.
It is also because China has the second largest service sector in the world and its status has been increasingly consolidated.
China has been leading the world in many aspects of the digital technology application and development. Moreover, as the world's largest exporter of goods, China has run a large trade surplus for nearly 30 years in a row but with a great deficit in services. It shows China's sincerity in implementing free trade by announcing further opening-up measures in the service sector where it has an important deficit.
On the other hand, why does the world need China as the standard-bearer of free trade? Because the free trade system is essential to global economic stability and growth and particularly important for China. Extreme protectionism has played a big role during past global crisis, including World War II. Now, as the global economy enters a long cycle of low growth and high volatility, with anti-globalization voices rising, it is crucial to avoid a repeat of the previous tragedy.
The US, however, as the traditional steward of free trade, has been drifting away from it for the past decade and there is barely hope of a change of course in the foreseeable future. Seven months after Biden's inauguration, his administration has not complied with the expectations of the world's trade community to remove the additional tariffs imposed on Chinese goods during the Trump era. Instead, it has chosen to increase sanctions and restrictions on China.
In August, the US rewrote its overseas war record with an extremely embarrassing and botched withdrawal of troops from Afghanistan, vividly exposing the chaos and inefficiency of the Biden administration. Facing the free fall of credibility and a swath of criticism from home and its allies, Biden's ability and willingness to redress Trump's wrong trade strategy may have been further weakened.
It is expected that the US could play a positive role for the global economic and trade system. However, it is simply unrealistic to wait for it to happen. As the world's largest exporter, a large surplus country, and the world's largest economy in the near future as many have forecasted, China may be duty-bound to be the standard-bearer of free trade at this stage.
(The report was compiled based on an article written by Mei Xinyu, a research fellow at the Chinese Academy of International Trade and Economic Cooperation of China's Ministry of Commerce.The views do not necessarily reflect those of this platform.)
Category： Global Governance 2021 Media
Related
Focus
Most Read
Spotlight
Notice
Events
Past