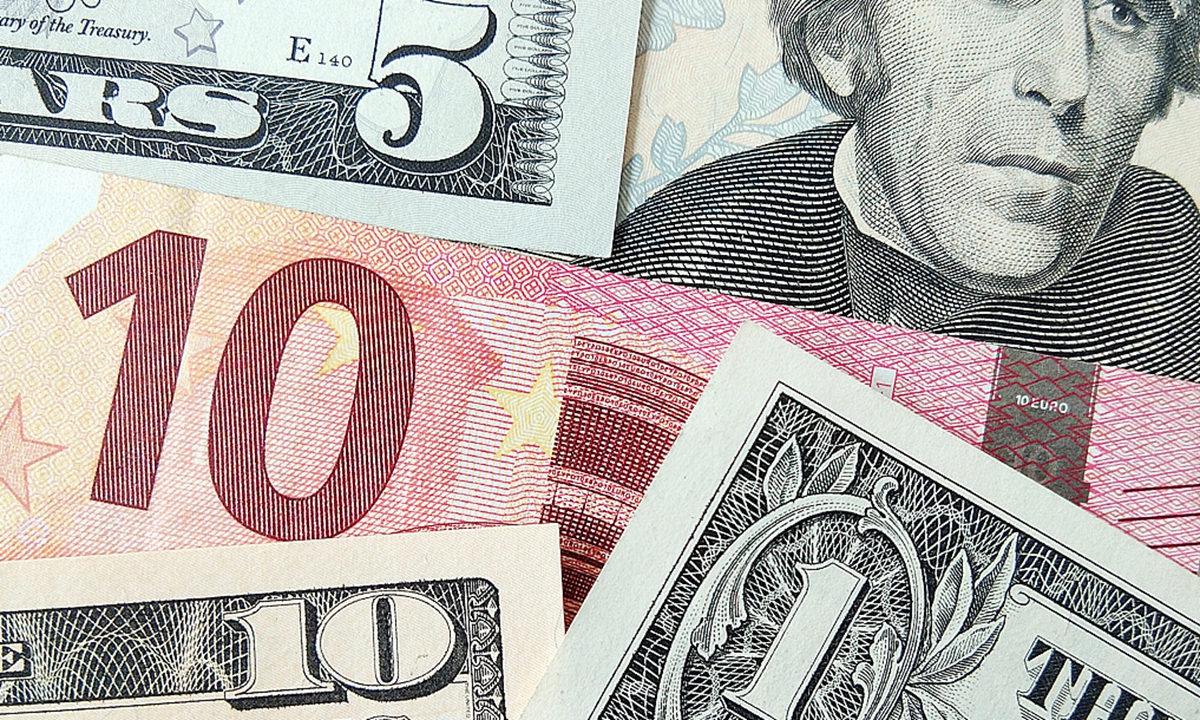 As the US seeks to impose sanctions against Afghanistan and stop much-needed global assistance to the country, the already-emerging global de-dollarization push could further accelerate with countries increasingly adopting alternatives to the US dollar.
The World Bank said on Tuesday that it had suspended disbursements for dozens of projects in Afghanistan after the Taliban took control of the country, as it is "deeply concerned about the situation in Afghanistan and the impact on the country's development prospects," according to media reports. The Washington-based institution has committed more than $5.3 billion for development projects in Afghanistan since 2002.
The World Bank's decision came after the IMF also announced that it would block Afghanistan from receiving about $460 million in special drawing rights. The moves by the two multilateral financial institutions, over which the US holds considerable influence, came after the US last week frozen nearly $9.5 billion in funds belonging to the Afghan central bank and halted shipments of cash to the country.
The US is also apparently trying to use economic sanctions to drive the Taliban into a corner so as to retrieve some face over its self-inflicted Afghanistan debacle.
Many experts have expressed concern over the consequences that may come from the US' freezing reserves and foreign aid for one of the world's poorest nations. A new humanitarian crisis could be imminent, as the World Food Programme of the United Nations has already warned of an acute food shortage facing the country.
But there is still hope for Afghanistan to address its financial difficulties. Whether Afghanistan could receive a crucial lifeline for its economy will hinges on whether other countries such as China, Russia, the EU, and Saudi Arabia can establish other international funds for assisting the reconstruction of Afghanistan.

While the country's economy has been stagnant for years mainly due to political turmoil, it is undeniable that Afghanistan has strong development potential. Afghanistan is rich in mineral resources like copper, gold, lithium and rare earths, with other natural reserves like oil, natural gas, coal and iron ore. All these will play an important role in its cooperation with other economies.
Many believe that Afghanistan's reconstruction may also accelerate the global de-dollarization push. The US is likely to sanction Afghanistan by waving the stick of its dollar dominance, which will accelerate the damage to the dollar's credibility. To avoid the potential risks and pressure, relevant countries may also choose other currencies of payments to circumvent the traditional dollar. That has already been attempted with success. After the US imposed unilateral sanctions on Iran, European countries established what's known as the INSTEX barter system to continue trade with Iran while dodging US sanctions.
If Afghanistan's reconstruction sets the stage for the increased presence and usage of other currencies like the euro and the yuan, the dollar's status could be further diminished. In fact, the de-dollarization trend has already emerged in a number of countries and regions including Russia and Saudi Arabia. According to the IMF, the share of US dollar reserves held by global central banks fell to 59 percent during the fourth quarter of 2020, marking its lowest level in 25 years.
In this sense, the reconstruction of Afghanistan may be an opportunity for global de-dollarization push.
Category： Global Governance 2021 Media
Related
Focus
Most Read
Spotlight
Notice
Events
Past