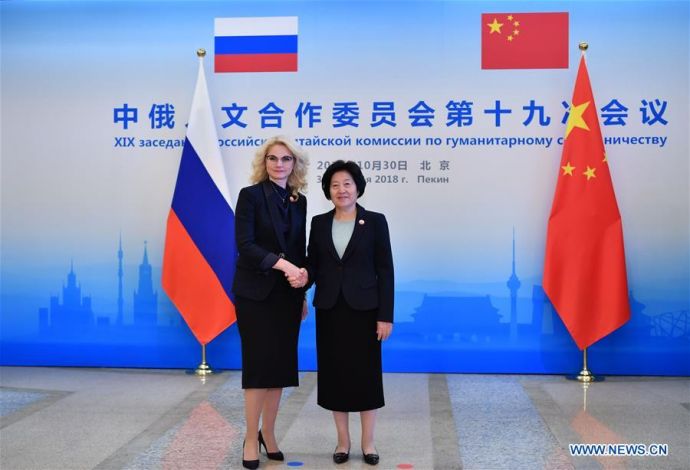 Next year is the 70th anniversary of the diplomatic relations between China and Russia. Sun said that the two sides should pass down the concept of everlasting friendship from generation to generation and promote cooperation in education, culture, health, sports, film, media, tourism, youth and archives to achieve more pragmatic results.

Golikova said that Russia-China relations have shown a strong momentum of growth over recent years, and the two sides should continue to deepen pragmatic cooperation on humanities.

The two sides signed nine cooperative documents during the meeting.