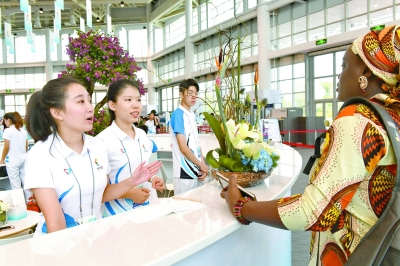 On September 4, 2017, the ninth BRICS Summit was held at Xiamen International Conference Center.Centering on the theme of Stronger BRICS Partnership for a Brighter Future, leaders of the five countries exchanged in-depth views on the current international situation, global economic governance, BRICS cooperation, international and regional hotspot issues and other topics, reviewed the ten-year history of BRICS cooperation, and reiterated the BRICS spirit of openness, inclusiveness, and win-win cooperation, reaching a series of consensus, which maps out blueprints and charts the course for the future development of BRICS cooperation. In addition, the BRICS have talked about the common development project with other countries such as Egypt, Mexico, Thailand, Tajikistan and Guinea so as to better realize the sustainable goal of 2030 and to deepen the South-South cooperation.